Home Media Mexico has material to answer US labor complaints with: PI 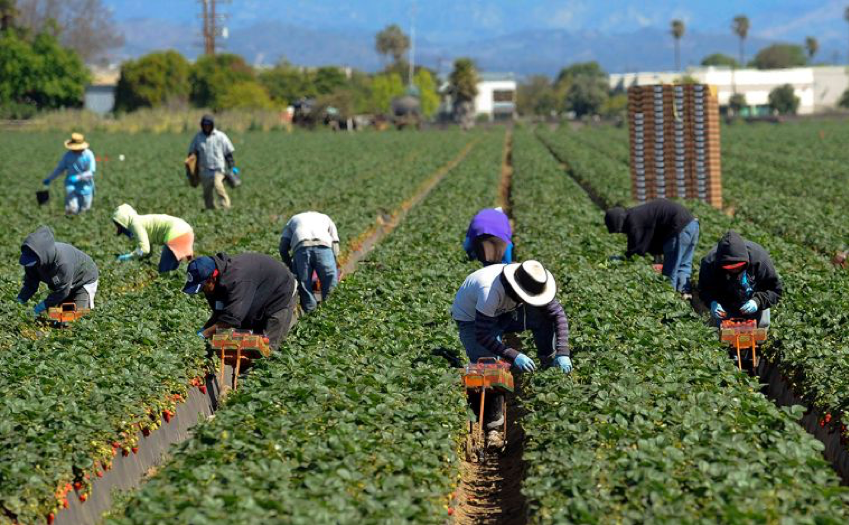 While the subject of labor becomes the “red flag” of the Agreement between Mexico, the United States and Canada (USMCA), given the recurring threats from the US to start controversies, Mexico has also already identified American companies that engage in child exploitation, forced labor and inhibition of union democracy, announced Carlos Salazar, president of the Business Coordinating Council (CCE).

Mexico has identified several cases in labor matters to sue the United States about, and complaints are being prepared in regard to cases of Mexican workers that are subject to discrimination and work without guarantees.

“There are situations and disputes. Another one is forced labor, which has been a cause for suit of North American unions, and I make the point that we have more reasons for filing suit from Mexico toward the United States than they probably have for filing suit against us”, stated the business leader.

During a webinar organized by the CCE with the media, the business leader highlighted the cases of Mexicans working abroad who are subjected to inhibition, to work without benefits where “they do not have the guarantees of a labor law like the one we have in Mexico”.

The situation is divided into three major problems: “First, not allowing workers the free elections of their union leaders. Several companies that will probably have suits filed against by the United States have been identified and our job is to prevent this”.

The second case is that of forced labor, which has been a cause for suit by North American unions. “The point I’m making here is that we have more reasons for filing suit from Mexico against the United States than they probably have for filing suit against us”, he insisted.

Another old claim is that of child labor in agricultural activities, and it is a part of preventive work.

Eugenio Salinas, member of the Strategic Consultative Council for International Negotiations of the CCE pointed out that audits are being conducted in order to be prepared in case of a possible complaint.

At the time in which he was head of the Council, during the negotiation of the USMCA, Moisés Kalach said that the subject of labor was “perhaps the yellow, tending toward red flag, although progress has been made; it is a challenge that we will face as a country, all of the labor ecosystem that needs to be modernized, it is a profound and complex change that will take a long time to complete”.

He anticipated a wave of well-founded cases in labor matters, as well as others without basis. “Some cases will arise to lower our country’s competitiveness, others that are not so much our friends or are competitors, who will use capital to try to hurt us”.

Kalach, the CCE liaison from the Washington office, believes that the conflict that is looming between the United States and China “opens up a great opportunity for Mexico to become this great commercial and supply ally through certainty, and I believe that we could be in a position of not taking this opportunity as a country, given the mixed signals we have sent in regard to compliance with international rules and investment”.

Mexico at a disadvantage

Ricardo Martínez Rojas, vice-president of the Legal Commission of the Concamin [Confederation of Industrial Chambers of the United Mexican States], said that the analysis conducted by the companies must look inward, be very rigorous (in saying “I will not interfere with my workers in regard to unions”), will have to include an analysis of, for example, the previous six months on whether or not they have any complaints from their workers, any complaints from any external union or whether any union movement is being created.

He also believes that human resources areas have a great deal of work coming their way in order to have a labor thermometer to be aware of the workers’ and the union’s mood and avoid putting pressure on the workers in regard to their decisions.

It must be noted that Mexico signed Mexico-United States Annex 31-A and Mexico-Canada Annex 31-B, which are practically the same; there is an important difference for Mexico: if the United States and Canada have the mere suspicion of any violation, they can file a complaint; Mexico, on the other hand, can only file the complaint in regard to a matter that has already been solved, and of which the US government is already aware, through each country’s Industrial Relations Collective Council

“Yes, we are at a disadvantage, because we have to wait until a matter is being processed in the United States, while they can file based on a mere suspicion or in good faith”, explained Martínez Rojas.

The United States has applied so much pressure that “they will quickly file complaints; therefore, it is important for Mexican companies to start reviewing everything, because the pressure has been such, that the United States will make it a point to monitor; in truth I don’t think it will be very long before they file complaints”, he pointed out.